The first space hurricane ever was spotted in August 2014, consisting of “an eddy of plasma, a type of superhot, charged gas found throughout the solar system,” reports Business Insider. “And instead of rain, this storm brought showers of electrons.” From the report: In August 2014, satellites observed a swirling mass with a quiet center […]

What Dust From Space Tells Us About Ourselves
www.solarenergyconnect.com

Micrometeorites fill every corner of our planet. Matthew Genge is using these shards of interplanetary space to understand Earth and its place in the solar system.

At the Claremont MakerSpace, local artisans and craftspeople of New Hampshire’s Upper Valley turn their creative ideas into reality. Meanwhile, on the rooftop above, a new 57.9 kilowatt solar array is now turning sunshine into clean, local electricity. Renovated from the Sawtooth Mill building known for its 3 sharply peaked roofs, the space is ideal […]

Ready to blast off and join thousands of attendees around the world at TC Sessions: Space 2020 on December 16-17? The event, focused on space technology and dedicated to helping early-stage startups succeed in this exciting yet daunting industry, features panel discussions and interviews with the top leaders, visionaries and makers on the planet. Want to […]

“NASA’s twin Voyager probes keep making discoveries in interstellar space,” reports Space.com The Voyager mission has detected a new type of “electron burst,” which will provide insights into the mechanisms of flaring stars, a new study reports. The bursts occur when cosmic ray electrons — fast-moving particles from far beyond the solar system — are […] 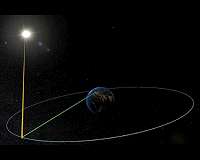 London, UK (SPX) Nov 17, 2020 The UK government has commissioned new research into space-based solar power (SBSP) systems that would use very large solar power satellites to collect solar energy, convert it into high-frequency radio waves, and safely beam it back to ground-based receivers connected to the electrical power grid. It is an idea […]

The Audacious Plan to Launch a Solar-Powered Rocket Into Interstellar Space
www.solarenergyconnect.com

Ars Technica glimpsed a possible future at the Johns Hopkins University Applied Physics Laboratory: a solar simulator “that can shine with the intensity of 20 Suns…” “They think it could be the key to interstellar exploration.” “It’s really easy for someone to dismiss the idea and say, ‘On the back of an envelope, it looks […]

Solar Power Stations in Space Could Be the Answer To Our Energy Needs
www.solarenergyconnect.com

Amanda Jane Hughes, Lecturer, Department of Mechanical, Materials and Aerospace Engineering at University of Liverpool Stefania, and Soldini Lecturer in Aerospace Engineering at University of Liverpool, write: A space-based solar power station could orbit to face the Sun 24 hours a day. The Earth’s atmosphere also absorbs and reflects some of the Sun’s light, so […]

A tiny piece of Martian basalt the size of a 10p coin will be launched on board a U.S. robot probe on Thursday and propelled towards the red planet on a seven-month journey to its home world. The Guardian reports: This extraordinary odyssey, the interplanetary equivalent of sending coals to Newcastle, will form a key […]