Swell Energy, an installer and manager of residential renewable energy, energy efficiency and storage technologies, is raising $450 million to finance the construction of four virtual power plants representing a massive amount of energy storage capacity paired with solar power generation. It’s a sign of the distributed nature of renewable energy development and a transition […]

This month’s contributor is Lawrence Stephen Early IV (he/him/his). Lawrence is a queer, black, and disabled engineer who centers his work on sustainability, mental health, justice, systemic inequality, and improving life for all living beings. During his time as an undergraduate, he focused primarily on global energy infrastructure and water security, along with studying and shifting sustainability […] 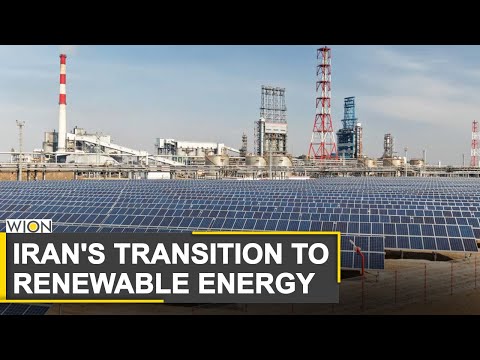 Solar panel farms are cropping up in Iran which is aiming to shift to renewable energy, according to the country’s West Asia News Agency (WANA). #WION #Iran #RenewableEnergy About Channel: WION -The World is One News, examines global issues with in-depth analysis. We provide much more than the news of the day. Our aim to […] 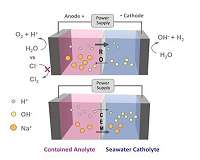 University Park PA (SPX) Sep 30, 2020 The power of the sun, wind and sea may soon combine to produce clean-burning hydrogen fuel, according to a team of Penn State researchers. The team integrated water purification technology into a new proof-of-concept design for a sea water electrolyzer, which uses an electric current to split apart […]

An anonymous reader quotes a report from TechXplore: After decades of embracing fossil fuels, Wall Street appears to be shifting its allegiance to renewable energy, a sharp turn apparent in the contrasting fortunes of NextEra Energy and Exxon Mobil. Florida-based NextEra is the biggest producer of wind energy in North America and among the biggest […] 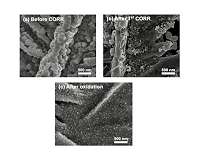 The secret to renewable solar fuels is an off-and-on again relationship
www.solarenergyconnect.com

Berkeley CA (SPX) Jul 27, 2020 They say it’s better to have had something special and lost it than to have never had it at all. Who would have thought that sentiment holds true for metal oxide catalysts? According to scientists at Lawrence Berkeley National Laboratory (Berkeley Lab) and Caltech, copper that was once bound […]

An anonymous reader quotes a report from The Japan Times: Renewable power for the first time contributed a bigger share in the European generation mix than fossil fuels as the fallout from the pandemic cut energy demand. About 40 percent of the electricity in the first half in the 27 EU countries came from renewable […]

The City of Sydney is now powered by 100% renewable electricity, generated from wind and solar farms in regional New South Wales. From a report: The “green energy” deal which came into effect on Wednesday is valued at over $60 million and is touted by the City of Sydney Council as the biggest green energy […]

Renewable energy made up almost half of Britain’s electricity generation in the first three months of the year, with a surge in wind power helping to set a new record for clean energy. The Guardian reports: The government’s official data has revealed that renewable energy made up 47% of the UK’s electricity generation in the […]