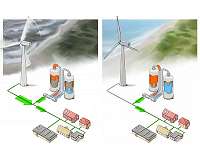 Aarhus, Denmark (SPX) May 01, 2021 Pea sized stones heated to 600?C in large, insulated steel tanks are at the heart of a new innovation project aiming to make a breakthrough in the storage of intermittent wind and solar electricity. The technology, which stores electrical energy as heat in stones, is called GridScale, and could […]

Titan's Largest Crater Might Be the Perfect Cradle For Life
www.solarenergyconnect.com

sciencehabit shares a report from Science Magazine: Saturn’s frigid moon Titan has long intrigued scientists searching for life in the Solar System. Its surface is coated in organic hydrocarbons, and its icy crust is thought to cover a watery ocean. An asteroid or comet slamming into the moon could theoretically mix these two ingredients, according […]

A leading New Hampshire beer distributor, Bellavance Beverage Co., will soon be powered by 3,088 solar panels, the largest rooftop solar array in New Hampshire. The 1.16 MW system will offset more than 100% of the company’s annual electricity needs while cutting costs and carbon pollution. The family-run Bellavance Beverage Co. toasted the solar installation with a socially-distanced “Solar Oktoberfest” celebration, featuring traditional German fare along with tours of the 115,000 square-foot solar roof overlooking Manchester-Boston Regional Airport. The array is projected to generate […] 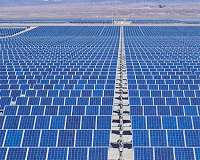