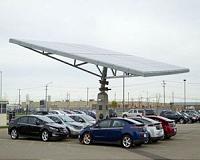 Michele Chalice points out her ReVision solar array. Solar Champion Launches Business to Improve Home Efficiency The magnet on her car asks, “Ready to Make a Difference?” and that question centers most of Michele Chalice’s life philosophy. A former landscape architect living in Keene, NH, Michele began renovating her home in 2017 with a goal […] 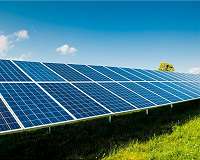 Marines shut off power, run base with renewable energy
www.solarenergyconnect.com

Washington DC (UPI) Jun 30, 2021 A Marine air base successfully tested its independent electric microgrid after external power supplies were deliberately cut off, it said on Wednesday. Marine Corps Air Station Miramar conducted two tests of its Energy Resilience Readiness Exercise this week, a program undertaken by the Pentagon to ensure electricity to military […]

This month’s contributor is Norliyana Menes. Norliyana is passionate about many things – minority rights, inequality, Bollywood, food, the list goes on – all of which are shaped by her experiences growing up and shuttling between New England and Southeast Asia. She enjoys good discussions and passionate debates, but only when everyone involved has good intentions […] 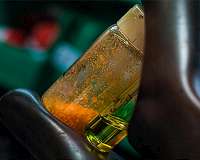 Houston TX (SPX) Jun 24, 2021 Rice University engineers have created microscopic seeds for growing remarkably uniform 2D perovskite crystals that are both stable and highly efficient at harvesting electricity from sunlight. Halide perovskites are organic materials made from abundant, inexpensive ingredients, and Rice’s seeded growth method addresses both performance and production issues that have […]

5
Like
Save
Share
tSolar Charger 25000mAh, Hiluckey Outdoor Portable Power Bank with 4 Solar Panel
25000mAh High Capacity: Built-in 25000mAh Li-polymer battery, it can charge your phones 8-10 times or tablets 3-4 times for an average of 9 days of usage per charge. 4 Solar Panels: With 4 foldable high-effeciency solar panels, up to 1A input current under the sunlight, which is 4 - 6 times faster than the other solar chargers. You can also use micro USB cable to charge it. 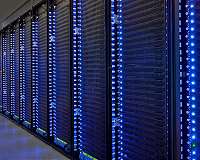 Melbourne, Australia (SPX) Jun 25, 2021 Supercomputers could find themselves out of a job thanks to a suite of new machine learning models that produce rapid, accurate results using a normal laptop. Researchers at the ARC Centre of Excellence in Exciton Science, based at RMIT University, have written a program that predicts the band gap […] 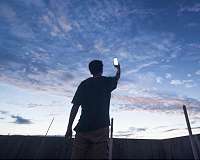 Cambridge UK (SPX) Jun 24, 2021 Researchers have developed a simple lab-based technique that allows them to look inside lithium-ion batteries and follow lithium ions moving in real time as the batteries charge and discharge, something which has not been possible until now. Using the low-cost technique, the researchers identified the speed-limiting processes which, if […] 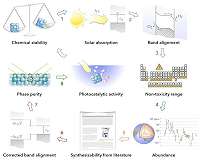 University Park PA (SPX) Jun 23, 2021 Using solar energy to inexpensively harvest hydrogen from water could help replace carbon-based fuel sources and shrink the world’s carbon footprint. However, finding materials that could boost hydrogen production so that it could compete economically with carbon-based fuels has been, as yet, an insurmountable challenge. In a study, […] 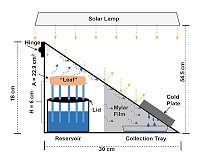 Washington DC (SPX) Jun 23, 2021 About 2.2 billion people globally lack reliable access to clean drinking water, according to the United Nations, and the growing impacts of climate change are likely to worsen this reality. Solar steam generation (SSG) has emerged as a promising renewable energy technology for water harvesting, desalination, and purification that […]